The Donald: Unemployment rate might very well be over 40%

Love him or hate him, The Donald is dominating the discussion and making us think. I won’t get into how he came up with that number or his politics but what does a 40% unemployment rate mean for our children, grandchildren, and ourselves? I don’t have grandkids yet but coming from a large family of nine, I remember my Dad always joked he wished he could have grandkids first.

I was born in 1971 – we didn’t have helmets, play dates, seat belts, and airbags. We tried out for teams and not everyone made it. We had risk all around us, I fell out of more than one tree and the ramps we built were only determined by our imagination and the wood we could find. 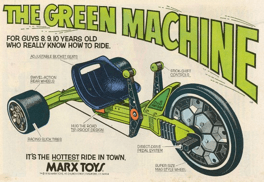 Even if Trump is right – or even if most of us can agree the real unemployment rate is at least 20% or higher – isn’t this bad for our country?!

Yes, it’s bad but I think it also provides a great opportunity for those who tune out the negativity. In that unemployment rate, there are those that desperately want to go out and work hard for a livable wage. However, many have given up – mostly because the benefits are better than work that can be found on unemployment.

Imagine if only half the kids showed up for team tryouts?

Would you have a better chance of making the team or worse?

That’s exactly what we have going on in the workforce, only half the people are showing up! The Donald made me think, we need to energize our efforts and remember that if you’re willing to work hard, invest, and take a calculated risk we can have a distinct tactical advantage over those don’t.

Our managed futures research Database and Systems data allows you to view hundreds of programs. These investments are generally not correlated to the stock market and they have the potential to make money in an up, down or sideways markets.

Let me know what you think of The Donald and where the economy is headed.

Have questions? Call or email us!

Disclaimer: Trading futures, options on futures, retail off-exchange foreign currency transactions (“Forex”), investing in managed futures and other alternative investments are complex and carry a risk of substantial losses. As such, they are not suitable for all investors. This website contains information obtained from sources believed to be reliable, but such information has not been independently verified and its accuracy is not guaranteed by Foremost Trading. Past performance is not necessarily indicative of future results. Any mention of performance in any context whether actual or hypothetical is no guarantee of future results. Foremost Trading became a registered ‘dba’ of RCM Alternatives in July of 2020. Please see full disclaimer here: https://www.rcmalternatives.com/disclaimer/